The Story of Pangolin Photo Safaris

The great thing about campfires is that they tend to bring together people from all walks of life, who may under other circumstances never met each other nor spent any time getting to know each other. Strangers seeking the comfort and warmth of a fire readily swap tales of adventure, fiercely (but amicably) debate, laugh and always leave with a feeling of camaraderie and a healthy aroma of glorious wood smoke! It was around a fire in January 2011 that Gerhard “Guts” Swanepoel and Toby Jermyn met for the first time but they did not just leave the fire “infused with Mopane”….they left with the spark of an idea that was to become Pangolin Photo Safaris.

Guts and Toby are very different people with very different backgrounds but with a common bond of a strong love for the African Bush and an overwhelming desire to share it with others. How Guts and Toby happened to be in the same place (Phalaborwa) at the same time is a bit of an irrelevance but the fact that it even happened at all is in itself rather miraculous. Guts grew up in Pretoria, Toby in London. Guts joined the army, Toby worked in telecoms. Guts can fix anything mechanical, Toby cant. Guts is not a fan of an excel spreadsheet, Toby is. Guts doesn’t really enjoy big cities, Toby enjoys a good international trade show. It is quite probably the best partnership in terms of complimentary skill-sets to have ever been formed.

Photographically they are at different levels of the spectrum too. Guts is an award-winning wildlife photographer and Toby regards himself as a semi-competent happy snapper and this in its way emphasises the ethos of Pangolin Photo Safaris. No matter how good or experienced a photographer you are there will always be a place for you with our company. During that fateful evening around the fire Guts and Toby realised that they had both had very similar ideas independently formed from one another. Guts was, at that time, running several overland tours for international clients and Toby had just completed a one-year sabbatical where he drove himself from Cape Town through to Kenya.

The conversation turned to tourism and the idea that there was a need in the safari industry for a place where people could come on safari and enjoy their wildlife photography throughout the year. At that time all other photo safari operators offered set departures to different locations hosted by a wildlife photographer (whose presence was being paid for by the members of the group as part of their package). 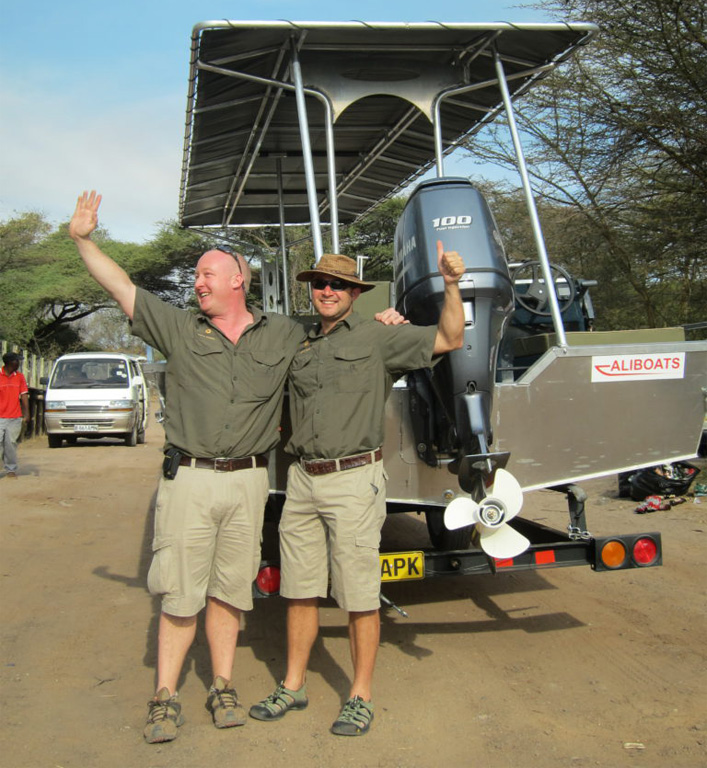 These photo safaris we aimed at hardcore enthusiasts who had all their own gear and who were hoping to enhance their skills by spending time photographing alongside someone with greater experience and hopefully the ability to impart that knowledge throughout the safari. This meant that guests had to choose travel times based on someone else’s schedule and it excluded people wanting to start in wildlife photography but hadn’t necessarily taken the financial plunge and bought themselves a camera.

The other problem was by going to lots of different places all the time you are never really at one with the environment you are photographing in. Unless you are present all year you will never fully understand the seasonality, environmental subtleties, animal behaviour and movements to enable your guests to make the best of their limited time on safari. And so we had to establish ourselves somewhere that was going to be a “slam dunk” for wildlife photography throughout the year.

Toby and Guts agreed that there really was only one place – The Chobe, Botswana. Within 8 months of that initial meeting, Guts had moved to Kasane (the gateway to The Chobe), Toby had attended his first Travel Indaba in Durban, the first photo boat was built, cameras and lenses bought and the first clients arrived!

In 2018 we opened The Pangolin Chobe Hotel to add to the Pangolin Voyager Houseboat on The Chobe River that we acquired in 2015.

As a company, we have formed strategic partnerships with other safari operators and lodge owners across the region and further afield to offer more destinations to our clients. Our growth has been meteoric but made possible with an amazing team of people who have joined us along the way and without whom Pangolin Photo safaris would not have had the success that it has.

We have big plans for the future and invite you to be a part of the journey.