The Chobe National Park was Botswana’s first National park and is certainly one of its most ecologically diverse. The park shares its northern boundary with Namibia with the Chobe River and acts as a natural border between the two countries.

The game reserve is 11,700 km2 (4500 sq miles) in size and home to Africa’s largest elephant populations. There are also healthy populations of hippo, buffalo, multiple antelopes as well as lions, wild dogs, leopard and hyena.

The birdlife on The Chobe River is plentiful, especially in the months of November through to March when the summer migrant species arrive. The dry season runs from April to October.

The banks of the Chobe River are unique in offering both game drives and boat cruises. At Pangolin Photo Safaris we tend to do more boat safari, on our custom-built photo boats, in the Chobe as it is such a special and unique wildlife photography activity.

The Chobe is reached by road from Victoria Falls in Zimbabwe (1.5 hours). From Kasane Airport (BBK) it is a quick 5-minute complimentary transfer from the Pangolin Chobe Hotel.

Wildlife Photography in The Chobe 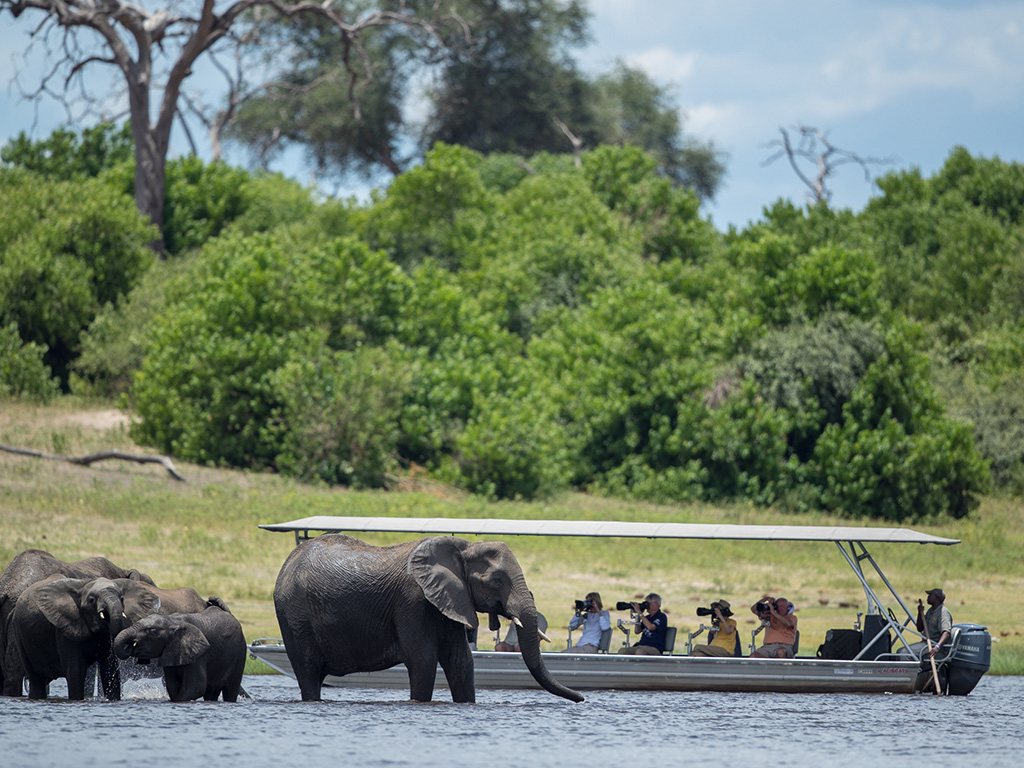 One of the greatest safari experiences you can have in Africa is a river cruise on the Chobe River on a Pangolin Photo Boat.

The eight-seater photo boats are purpose-built. All the seats centrally aligned and fully rotating. Each seat has a custom camera mount and gimbal. If you are travelling without a camera, Pangolin will supply you with one free of charge for the duration of your stay.

Along with that, you will receive photographic tuition from one of the photo hosts who accompany you on your activities. Everyone has the capacity to be a wildlife photographer given the right tools and training.

The wildlife in The Chobe is very calm and habituated meaning that getting great shots is even easier. 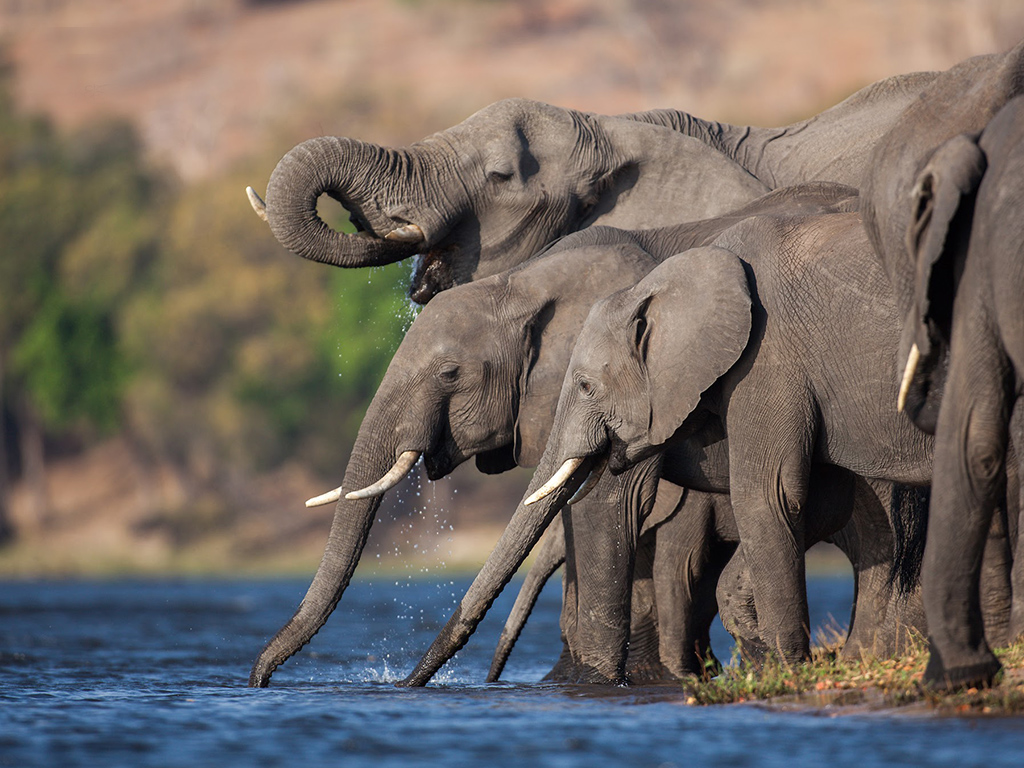 The elephants of The Chobe are generally very calm and they are often seen swimming across the river to get to fresh grass.

For predator sightings such as leopard and lion, we venture into the park on a game drives for game viewing and photography from one of our 8 seater vehicles.

The vehicles all have bean bag camera mounts for stabilisation.

Accommodation in The Chobe 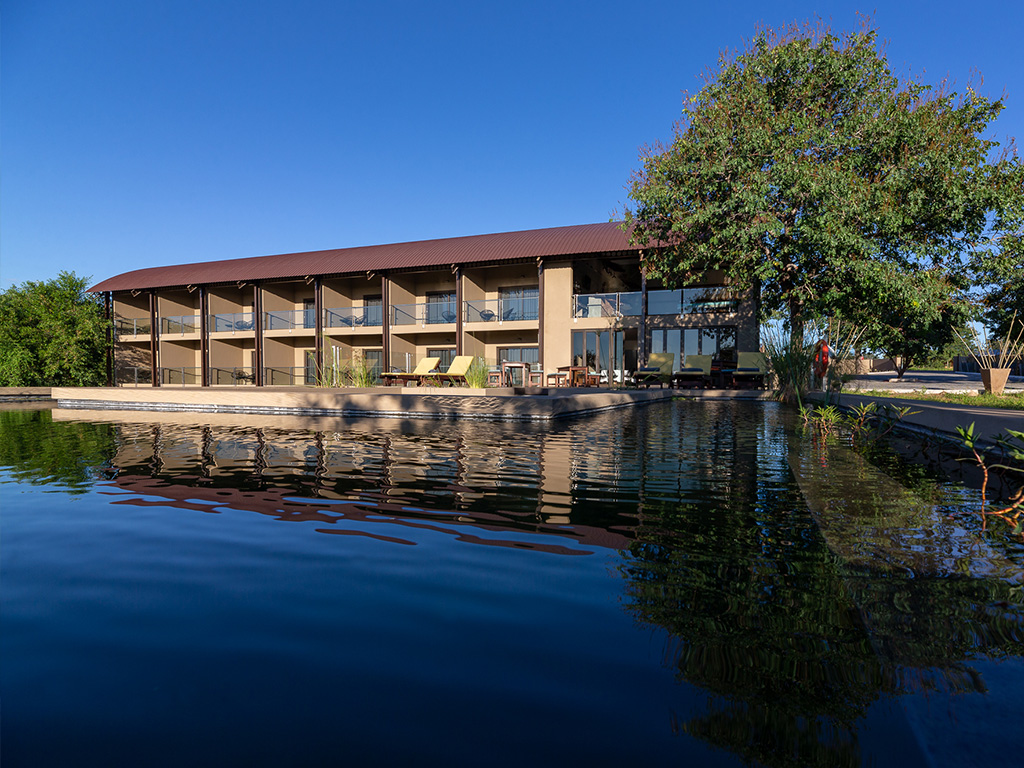 There are many safari lodge options in and around The Chobe riverfront. the Pangolin Chobe Hotel, however, is perched on a plateau overlooking the river and the Caprivi floodplains stretching out into the distance. The hotel sits directly above Chobe Safari Lodge at the same elevation as Sanctuary Chilwero.

The design of the hotel is unique to the area and is centred around a spacious wildlife photography gallery. The gallery features images from around the world to inspire and delight our guests.

There are fourteen rooms at the Pangolin Chobe Hotel offered on an all-inclusive basis. All the rooms are ensuite and air-conditioned. The sundeck features an eco pool with sun loungers and a sunken fire pit for pre-dinner drinks.

Above the deck is the Pangolin Bar serving ice-cold beverages and fresh coffee all day. In the evenings we like to gather in the bar and enjoy slide shows of wildlife images taken by our guests and friends. 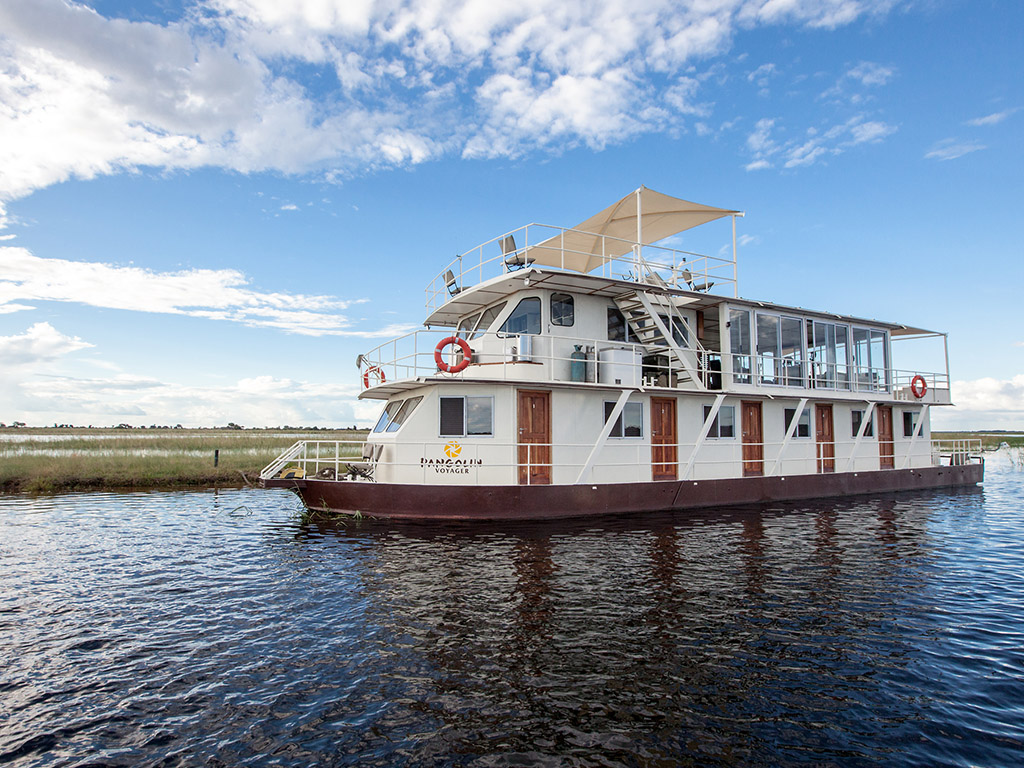 Moored on the Namibian side of the Chobe River is The Pangolin Voyager houseboat. To get there you simply cross through the border which is a very entertaining experience in itself.

The houseboat is available on an exclusive charter basis for photographers, families and groups of friends wanting their own exclusive space.

All the cabins are en suite and air-conditioned. They can be configured as double or twin beds

The houseboat has three levels. The cabins below, the lounge and dining area in the middle and the sun deck on the top floor.

We have three separate mooring points on the Chobe River including the Kasai Channel to the east and then Serondela which is to the west of Chobe Game Lodge towards the Linyanti River.

Activities on the River from the houseboat 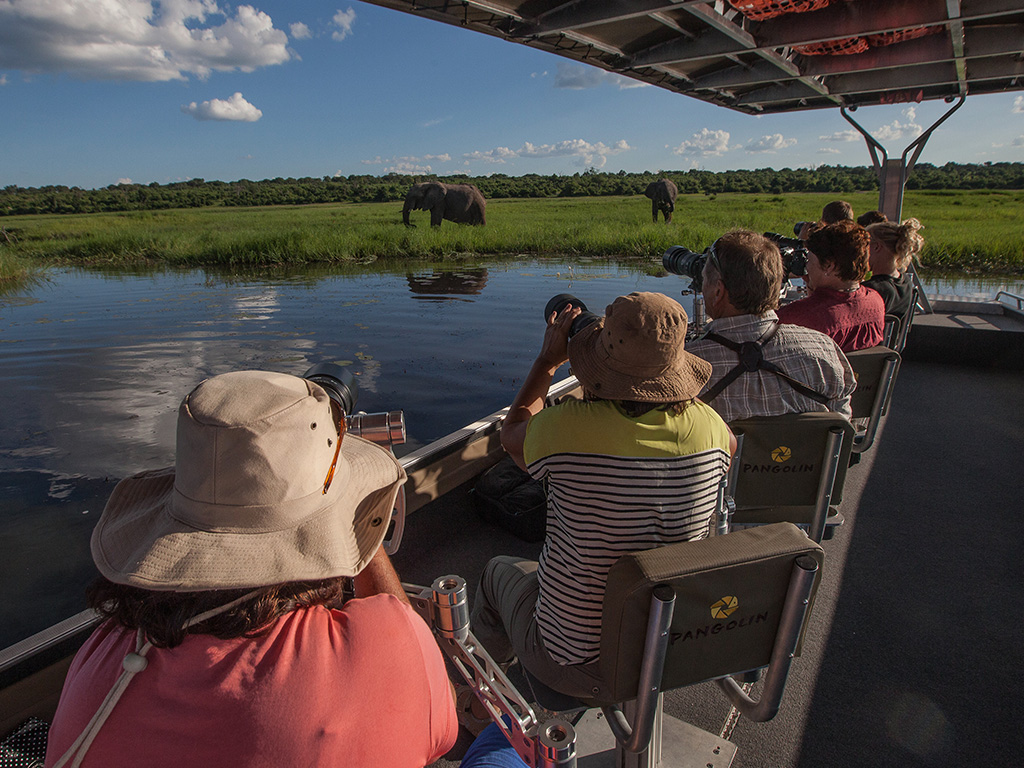 Alongside the houseboat there is a Pangolin Photo Boat for the exclusive use of the charter guests. Cameras are not supplied as standard unless you are booked on one of the hosted workshops like The Best of The Chobe.

The Pangolin Voyager houseboat is a great destination for keen birders. Especially in the summer months from November to March.

During this time you will see and photograph iconic species including Skimmers and Carmine Bee-eaters.

Safari destinations after the Chobe 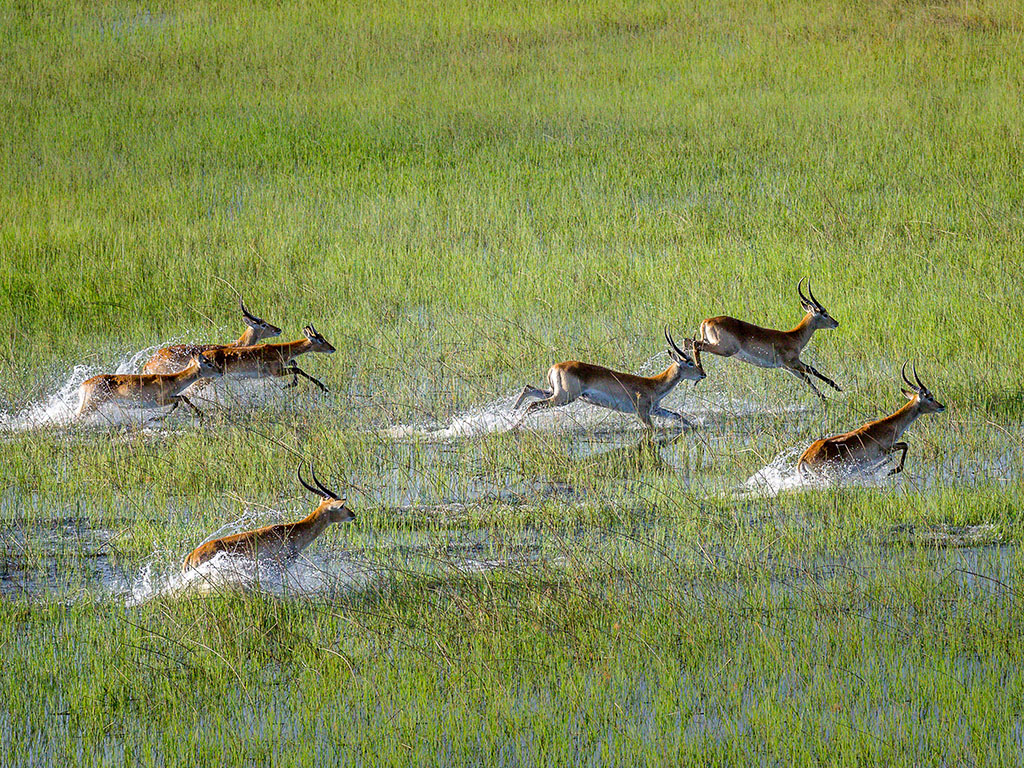 The most obvious destination is the Okavango Delta which is a short charter flight away to the South West. In The Delta, you will have more options along with game drives to do walking safaris too.

At Pangolin we have teamed up with a wonderful camp called Bushman Plains which sits in one of the best private concessions in the Okavango Delta.

Dinaka, in the Central Kalahari, is another option. It is a beautiful camp with an excellent photographic hide.

Both of these destinations are included in the Chobe, Delta and Kalahari safari as well as the Best of Botswana Photo Safaris. Both of these packages start at only $6995 per person for a ten-day wildlife photography adventure.

If you would like to speak to one of our safari planners about a safari in the Chobe please fill in the enquiry form below and we will contact you with some options. 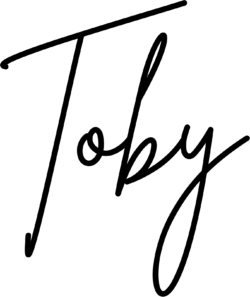